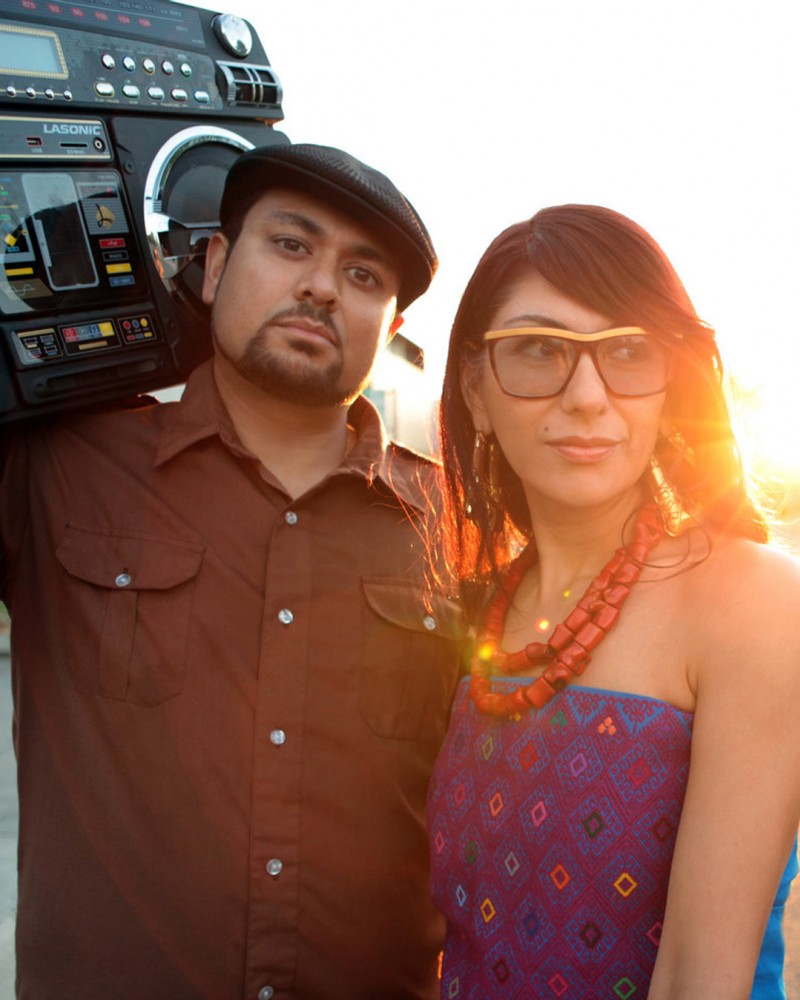 Behind the microphone, Estrella Hood is the dynamic voice of World Hood, and the voice heard throughout the group’s self titled debut release. Influenced by herchildhood soundtrack as the daughter of Mexican immigrants on the West Coast, Estrella Hood brings a rich blend of her Chicana heritage and a dose of California sunshine to the World Hood project.

In touch with her roots in both Cumbia and 808-powered West Coast Hip Hop, Estrella Hood combines culture and kick drums relocating traditional ceremonies to the dancehall.

Since her first time in the studio with El Indio, Estrella Hood has been weaving those positive vibrations into her bass heavy production style and watching it flourish.

With roots in Africa, India, and California Dj/Producer El Indio is the mind behind the beats and the man behind the boards. He brings a trademarked global sound to his DJ sets. World Hood was the first self-titled project completed alongside wife Estella.

Mixing karma with kickdrums via a Serato program, El Indio helped build the Free Sol Arts Academy, an after school program teaching youth various forms of music production and has created a community based recording studio.

When not recording, Estrella Hood is known as Estella Sanchez, the Founder and Executive Director of Sol Collective, a California non-profit arts and cultural center specializing in art, culture and activism. When not behind a microphone you can usually catch her mentoring her students in the classroom or the garden with the same passion she delivers in the booth.