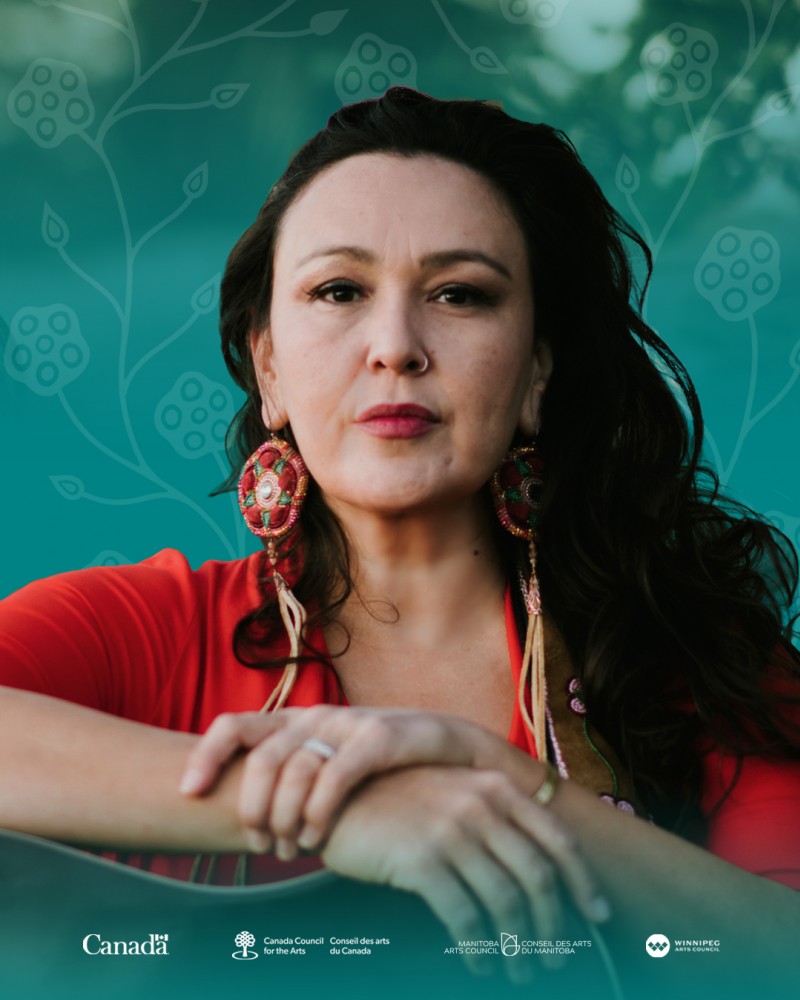 If you’re from the North, Leela Gilday’s music is home. If you’ve never been, it will take you there. Born and raised in the Northwest Territories, she writes about the people and the land that created her. The power in her voice conveys the depth of her feelings of love and life in a rugged environment and vibrant culture, as if it comes straight from that earth. Leela’s family is from Délįne on the shore of Great Bear Lake and her rich vocals dance across the rhythmic beats of traditional Dene drumming as smoothly as a bass line onstage the largest venues in the country. And she has played them all.

Leela has toured festivals and concert halls with her four-piece band through every province and territory in Canada. She has played in the United States, Greenland, Denmark and New Zealand and this year embarked on an ambitious European tour. Her live shows are where she connects with fans who have followed her on a 20-year career and where new fans are born. She reaches into their hearts and feels the energy of every person in front of her as she guides them on a journey through song and experience. She believes music has an inexplicable effect on people. It is a place where she can share light and dark and the most vulnerable moments, with a clarity and genuine purpose that reassures her listeners through every word. She is a storyteller, and through this, reflects the world onto itself.

Five years after her last album was released—five years of growth, healing and head-down work—Leela’s fifth album will be released in Fall 2019. It is more raw, more intimate and more Leela than anything you’ve heard from her before.