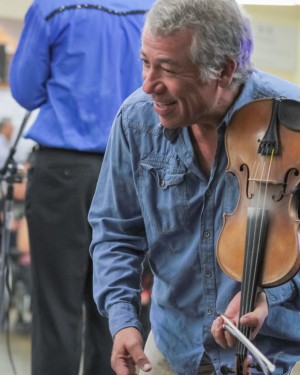 Clint Dutiaume is a fiddle master who has earned the Instrumentalist of the Year title from the Manitoba Country Music Awards nine times. He started touring in the early 1980's and has performed for thousands of people over that 34-year span.