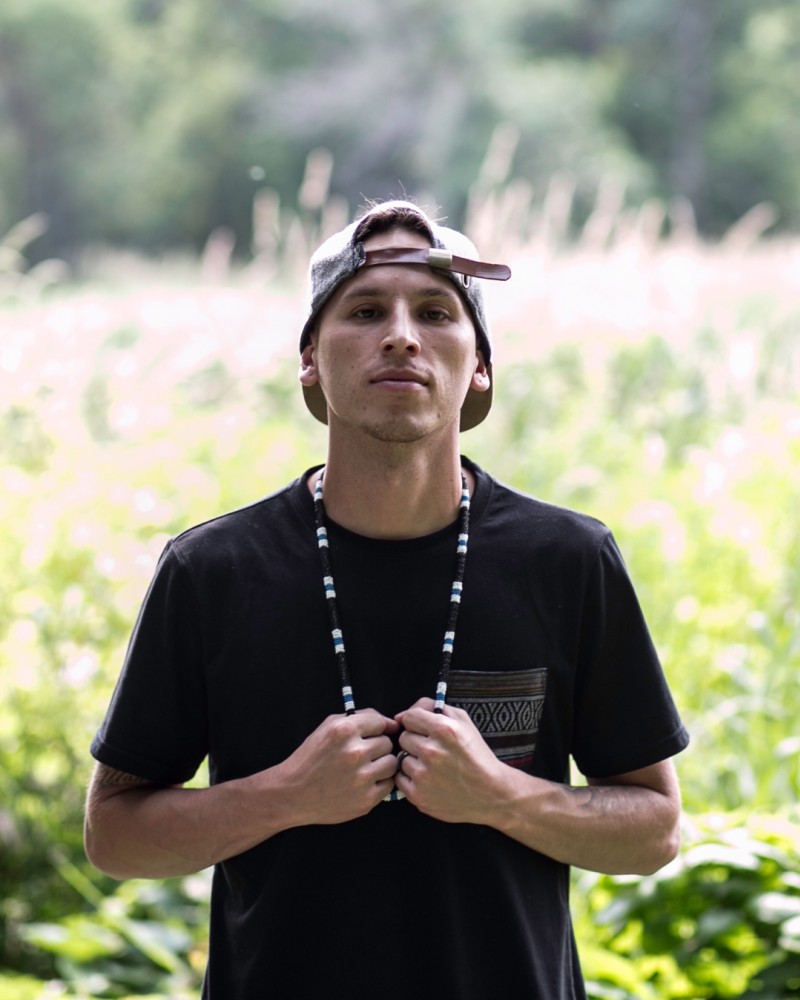 Mic Jordan is Anishinaabe from the Turtle Mountain Reservation, where music heavily influenced his childhood. As a Hip Hop artist and speaker, Mic Jordan speaks about his passion for life and where he came from. In addition to his musical endeavors, Mic also travels to communities and universities speaking directly to youth by using his voice to address issues of alcoholism, suicide, and the negative effects of Native mascots. He also shares his life story and how he overcame adversity. Mic spreads a positive message in hopes of a better understanding of the hip hop genre by continuing to change the minds of those who believe hip hop is only a form of verbal violence.