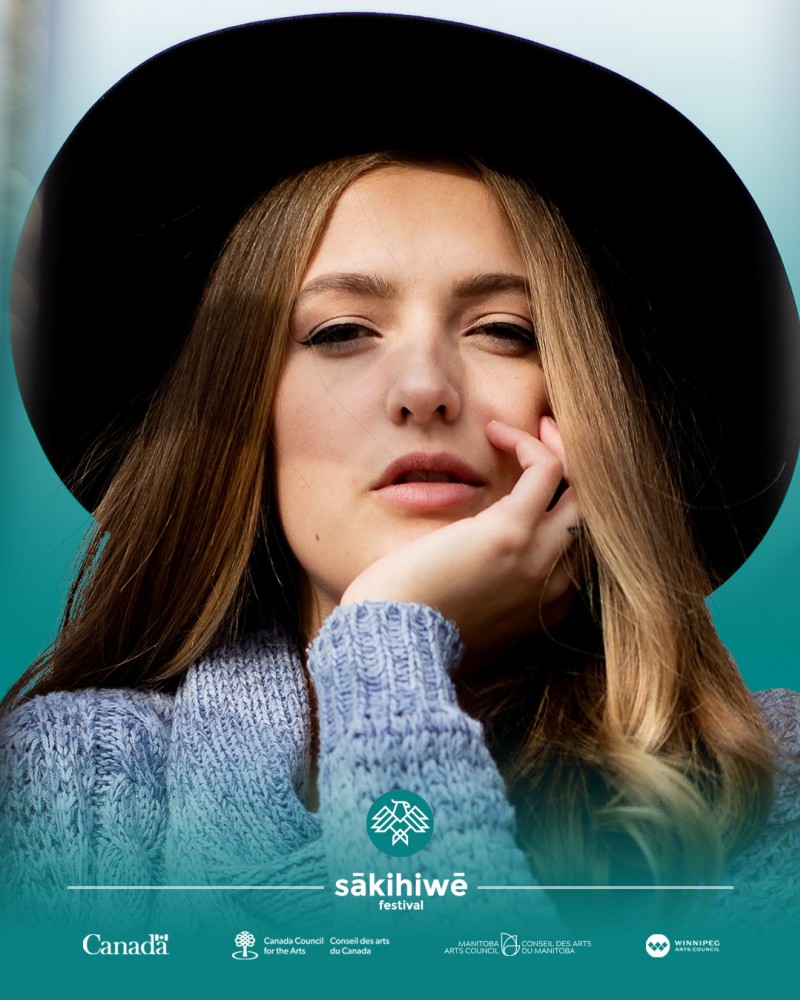 With soul and voice well beyond her years, folk artist Ila Barker captures audiences with her sweet melodies and dynamic presence. Ila is of mixed Ojibwe and settler heritage with roots running deep in the prairies, bringing tones of rich history and texture to her craft. Fusing authentic and timeless notes this singer songwriter will surely connect and leave a lasting impression. Ila has brought her craft to an array of festivals and stages including the Regina Folk Festival, the Winnipeg Folk Festival and the sākihiwē festival. In the summer of 2019 Ila opened for Jeremy Dutcher at the Indian River Festival. In February 2020 Ila released the “Let Go” single, a collaboration with UK based artist Milan André that was recorded off the floor in one take in the northern Cree Nation of Nemaska, Quebec. “Let Go” landed on the National Indigenous Music Countdown, and climbed up the charts for three months straight hitting the top 15.