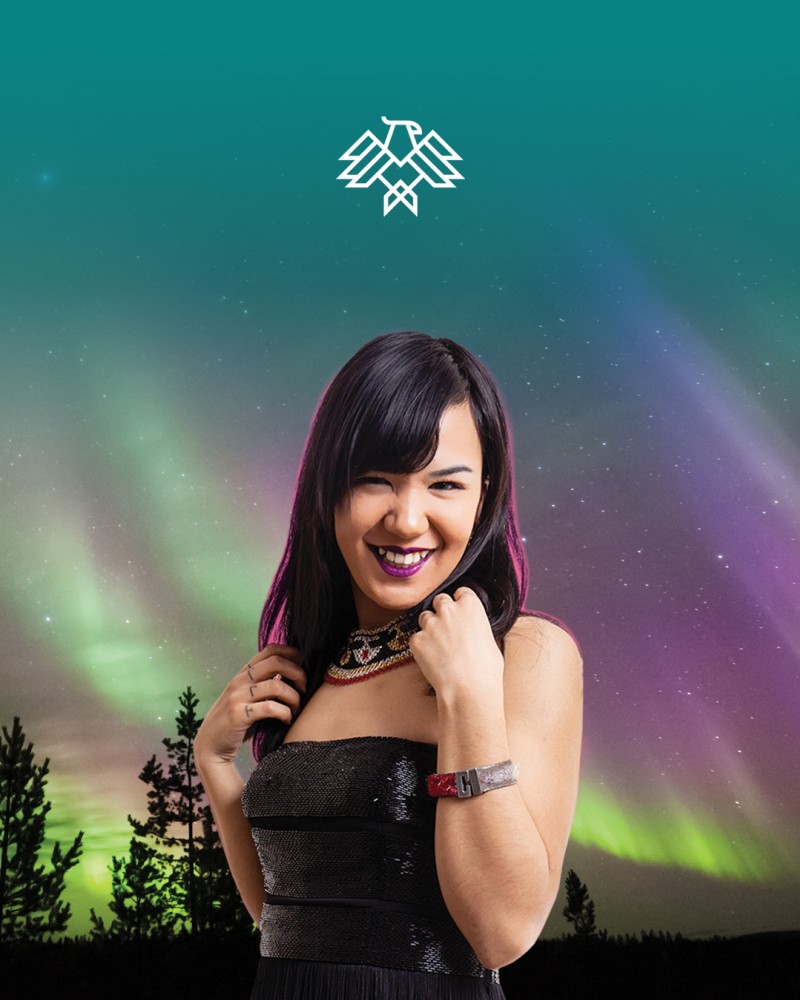 Originally from Sanikiluaq, Nunavut, Kelly has performed countless concerts across Canada (especially the Arctic), and she is extremely well-known in Nunavut and Nunavik. Her northern concerts attract large crowds, and on social media she has 250,000+ views on YouTube, as well as an impressive 9,500+ followers on various platforms, including SoundCloud.

Like many other Inuit, Kelly has been through many personal struggles, ranging from substance abuse, the loss of her father and others to suicide, to name only a few. Kelly uses her pain as inspiration to make art that can positively impact other native youths. She seeks to spread her messages of joy, healing, and cultural pride through a blend of traditional Inuit music and modern production.

Unlike Kelly’s debut album, Isuma, which was more folksy, her new album is influenced by contemporary pop, EDM, and hip-hop. Kelly sings and raps in both English and Inuktitut, seamlessly blending the two languages with her powerful, insightful, and politically-relevant lyrics. Her goal is to make the music speak to both Inuit and Qallunaat (“southerners”).

Besides her busy schedule as a recording and performing artist, Kelly teaches songwriting, does motivational speaking, and helps organize Nunavut Hitmakerz, a project which aims to give underprivileged youth opportunities to learn creative expression and technical skills. She is also currently completing her degree in Native Studies at NVIT in British Columbia, and hopes to become a lawyer through the new Nunavut-based law program.