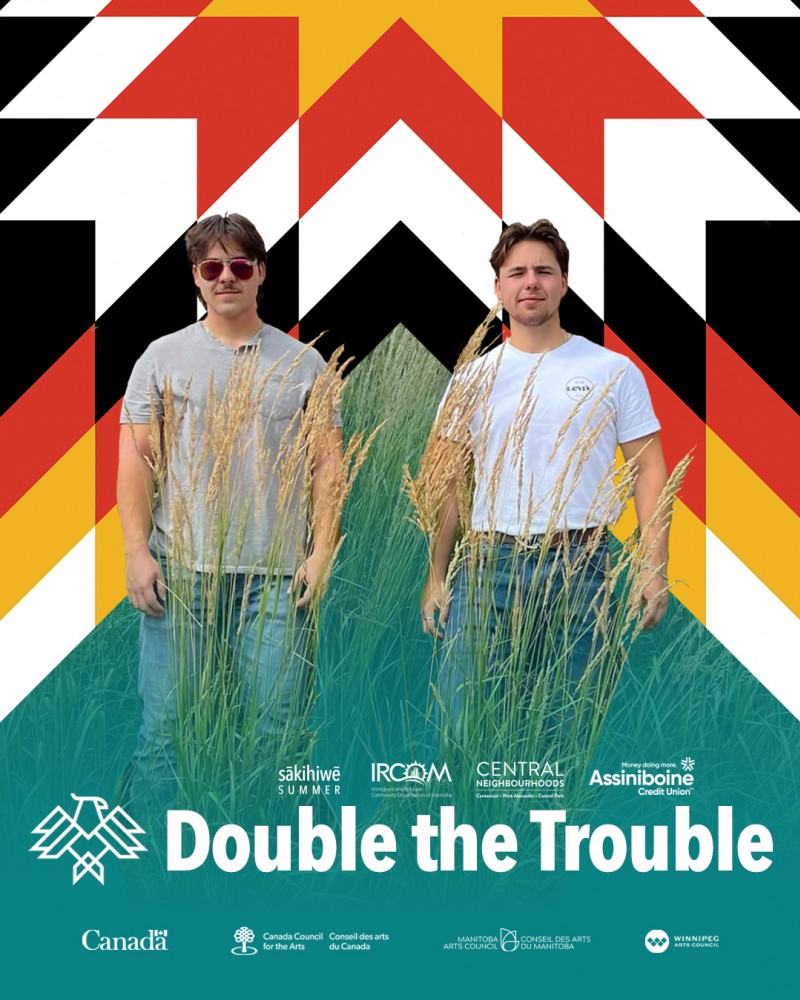 Luc and Aidan Wrigley are 15 year old Cree and French-Metis twins who began Fiddling and Jigging at the age of 3. The following year they won gold and silver medals in the Jigging and Fiddling contests at Festival du Voyageur. By six, the twins along with their dad on guitar were busking at the Forks in Winnipeg where they would share new songs and delight fans with their incredible ability to sing and play fiddle.

At age six they began busking at the Forks in Winnipeg and delighted patrons for 8 years while cutting their chops and working out new tunes. At age seven they began performing at Festival du Voyageur, an annual winter festival that celebrates the rich Metis and French Canadian culture of Manitoba. Since that time the boys have been busy performing in both English and French at schools, markets, gala events and festivals, most notably the Trout Forest Music Festival in Ontario, the Maple Sugar Festival du Sucres in Calgary and Nanaimo, and the Winnipeg Folk Festival. At age 13, the trio wowed a crowd of seventeen thousand people with an amazing performance at the Canada Summer Games and performed with Ashley Macisaac and the Winnipeg Symphony Orchestra at the Centennial Concert Hall in Winnipeg. The brothers were also featured along side Juno nominated Indian City in the finale at the Indspre Awards which was nationally broadcast on CBC and APTN.

In 2019 the trio performed in Punta Perula, Mexico and Nanaimo, BC. at the Maple Sugar. While on Vancouver Island they made  stops Parksville at the Ground Zero Acoustic Lounge and a sold out House Concert in Tofino.

Between live performances and an active school life, the boys have also released two albums. Their debut album “Keep Calm and Fiddle On” released in 2015 featured covers of contemporary songs that were re-worked to include the unique fiddle sound of the boys. On June 24th, 2017 the band released their second album entitled “Juniper Woods”. In addition to some wonderful covers by artists like Canadian music icons Louden Wainwright III and The Duhks , this album showcases their expanding musical repertoire through several original songs and music written by Luc and Aidan.

“We find songs we’d like to play in movies, YouTube videos and just about everywhere else. My dad will learn them on guitar and we’ll learn the words”. –Aidan Wrigley

“It’s better if we add some fiddle, that’s what gives it a sound that sounds like us”. –Luc Wrigley

Double the Trouble are looking forward to many more adventures and exciting performances in the future. “Let’s see how far we can go” –Dad