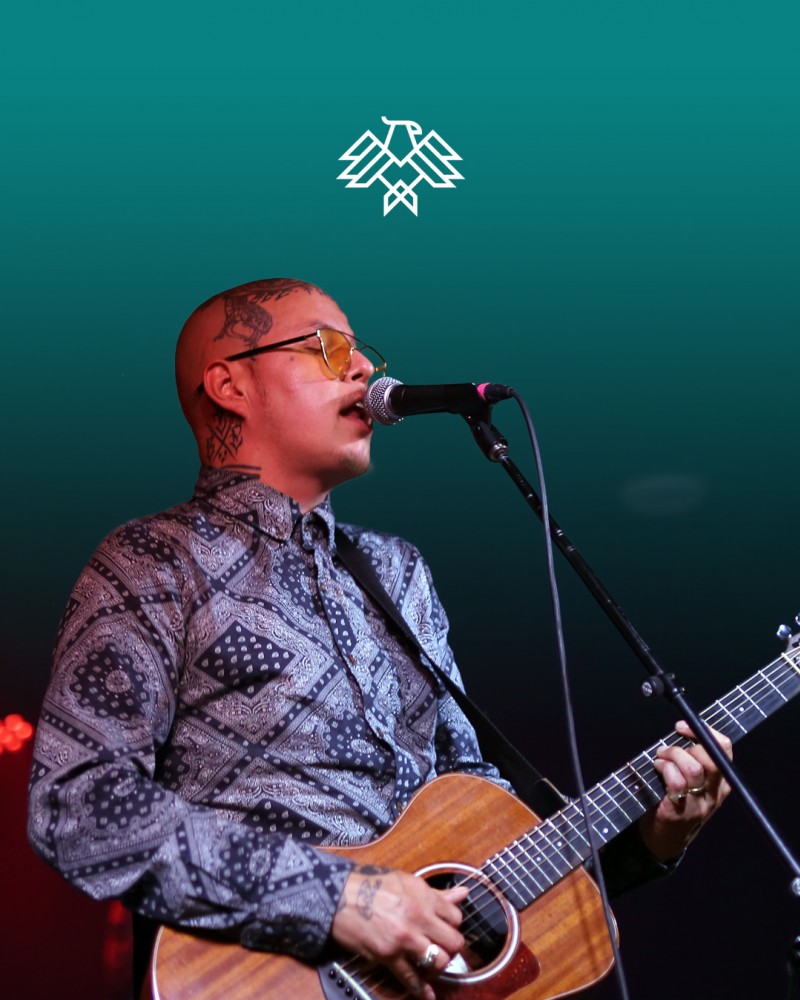 Hailing from Quesnel in beautiful British Columbia from the TL-etinqox band #712 and is currently residing in the capital of Canada in Ottawa.. Aspects has been rocking and making music on his guitar for almost 20 years now. A true musician in all “Aspects”, he has worked with Grammy award-winners and played alongside Motown legends. Opened up at festivals with the Foo Fighters, Beck and Blue Rodeo and countless legends.  He has made music with the Wu tang clan, Bone Thugs N Harmony, G-Unit, MOP & The Lox.  Eminem’s team D12 rap about him in a song called "I Love Canada", and worked heavily with the Outlawz, an American hip hop group founded by Tupac Shakur.  Playing blues/Soul/Hip-hop/jazz on the guitar he is one of the most rounded musicians you will ever see! He is also heavily involved in the community and Native activism and has won a few awards from the city.