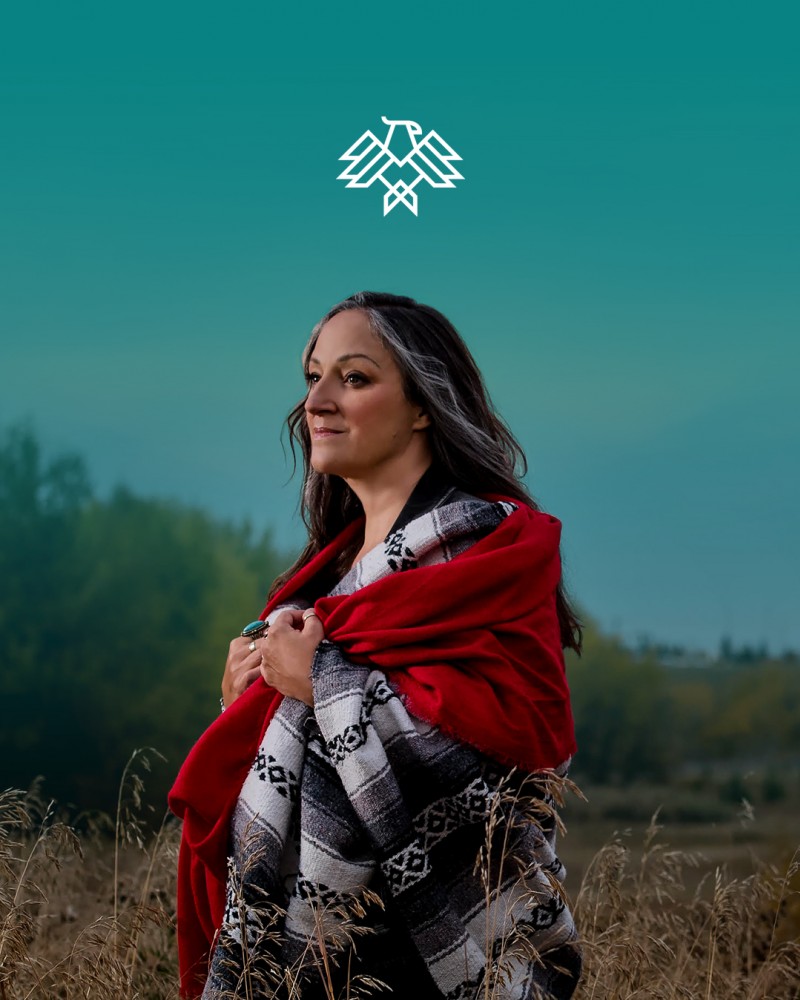 Sandra Sutter is an award winning Cree Métis recording artist, singer/songwriter and musician who writes, records and performs in a variety of styles including Americana, folk, country, pop, jazz and rock.

Her truth and reconciliation focused album, Cluster Stars, speaks of the fundamental strength, beauty and resilience of Indigenous Peoples, receiving 11 Industry nominations to date for the 2018 release. Sutter created Cluster Stars with producers and JUNO-winners Vince Fontaine (Eagle & Hawk/Indian City) and Chris Burke-Gaffney (The Pumps/Orphan). She picked up Best Americana recording at the 2018 Nammy’s, Best Producer/Engineer at the 2019 Indigenous Music Awards, an Esquao Award (Arts) from the Institute for the Advancement of Aboriginal Women and an Aboriginal Role Model of Alberta (Arts) Award both in 2019. Other nominations include Best Pop Album at the IMA’s, Indigenous Songwriter of the Year at the CFMA’s, Best Female Artist, Best Pop Recording and Song of the Year at the NAMA’s, Zachariah and the Prophets Memorial Award at the YYC Music Awards and Best Recording in Country, Folk, Pop and Spoken Word at the ISMA’s. In November, Sandra was recognized by WXN as one of the Top 100 Most Powerful Women in Canada. In December 2019, Sutter released an A/B short album (Fireside) consisting of 2 new singles and continuing the Cluster Stars work.