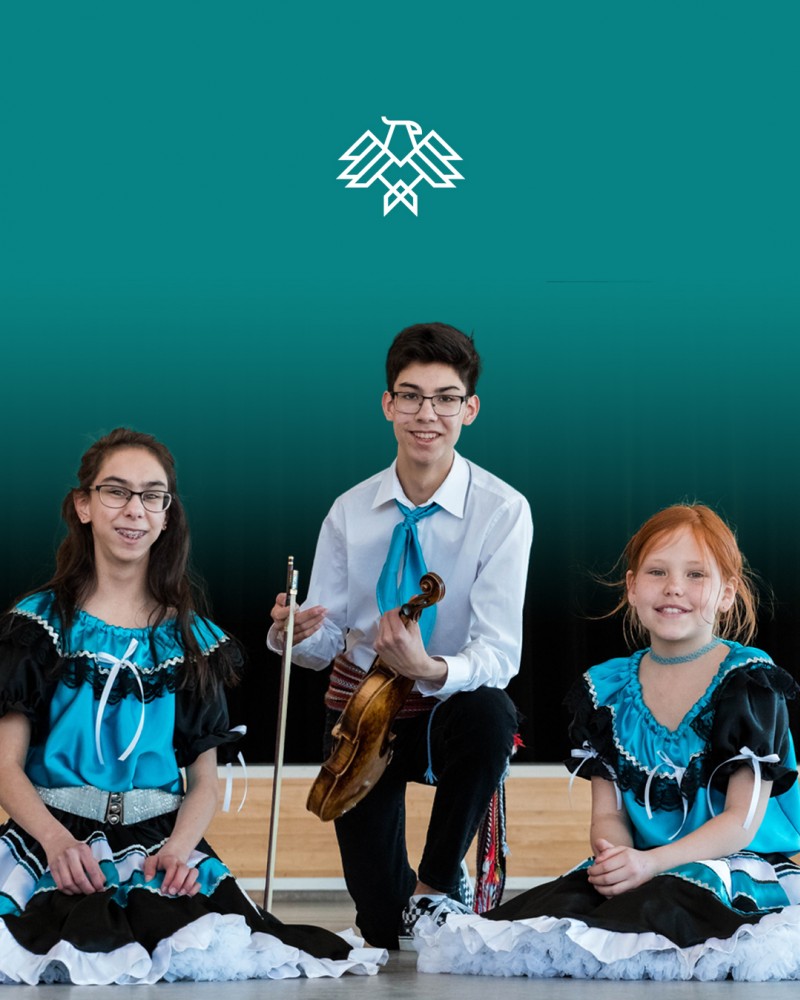 Ryan Spence (age 14) has been fiddling for 8 years. Clarissa Spence (age 12) has been jigging and dancing for 8 years as well. Influenced by their grandparents and inspired by a long line of Métis fiddlers, they started their entertainment career 3 years ago. Ryan has a passion for playing fast-paced reels and breakdowns that keep his sister flying around the stage. Ryan is also fluent in French and communicates effectively to a Francophone audience. When entertaining at a school event, they teach the students to embrace their personal culture and also remember to appreciate the culture that other people offer. They embrace the opportunity to teach their audience basic jigging techniques as well as anecdotes about Métis culture so that they can continue the Spence Tradition. Their goals for the future are to serve as ambassadors for the Métis culture, bringing hope and encouragement to others, especially youth.

Spence Tradition has entertained at the Cultural Stage at Aboriginal Day Live, the Teddy Bears’ Picnic, The Canadian Museum for Human Rights, Festival du Voyageur and more. Ryan and Clarissa have won gold medals from the Ron King Memorial Fiddle Contest (2016), and Clarissa has a gold medal in jigging from Festival du Voyageur (2017). They have played live on NCI FM, 680 CJOB and a winter special on Shaw TV.