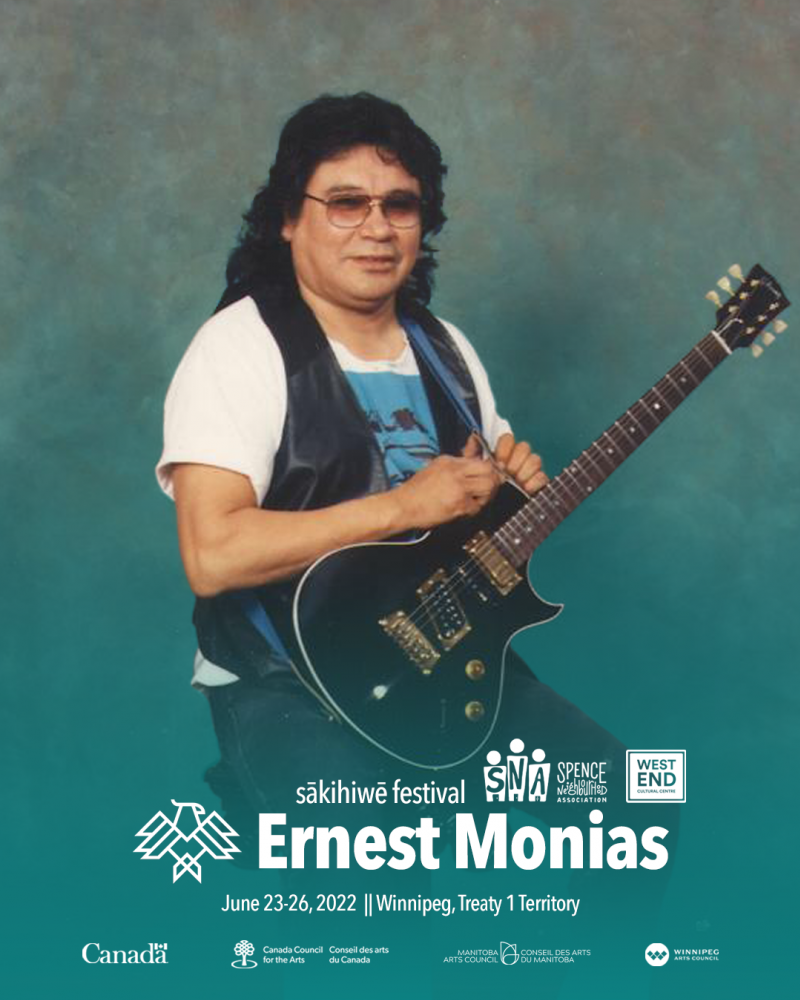 Ernest was born and raised in Cross Lake, Manitoba. He soon found that he had a gift for touching people with music. Over his career Ernest has released 18 albums and has performed many different styles of music including gospel, country, and rock.Entertaining coast to coast, Ernest’s stage presence has allowed him to charm audiences in bars, community halls, and arenas across Canada. Ernest’s unique vocal resonance and delivery distinguish him from all other entertainers.Known as the "Elvis of the North" Ernest is truly a northern musical legend. From countless years on the scene with numerous albums, Ernest has built a following that defies description.For as long as he can remember, Ernest has loved music.

As a small child attending residential school in Portage la Prairie, Manitoba, he sang with the Glee Club and even traveled to Montréal to perform for Expo '67.D, G, and A: These were the first three guitar chords that he learned from his uncle at the age of thirteen. Ernest learned the rest on his own by watching, listening and spending countless hours teaching himself to play. Now, it is hard to imagine seeing Ernest without a Guitar in his hands.By 15 Ernest was singing songs on his own and to his own guitar accompaniment. He formed his first band - The Sons of Manitou - while still in high school. Later on his career Ernest would be accompanied by the now legendary Shadows.Off stage, Ernest is soft spoken and modest. He has become a leader in his community and a role model for young people. He regrets that he did not have many aboriginal artists to look up to when he was young and is now more than happy to fulfill that role for others.