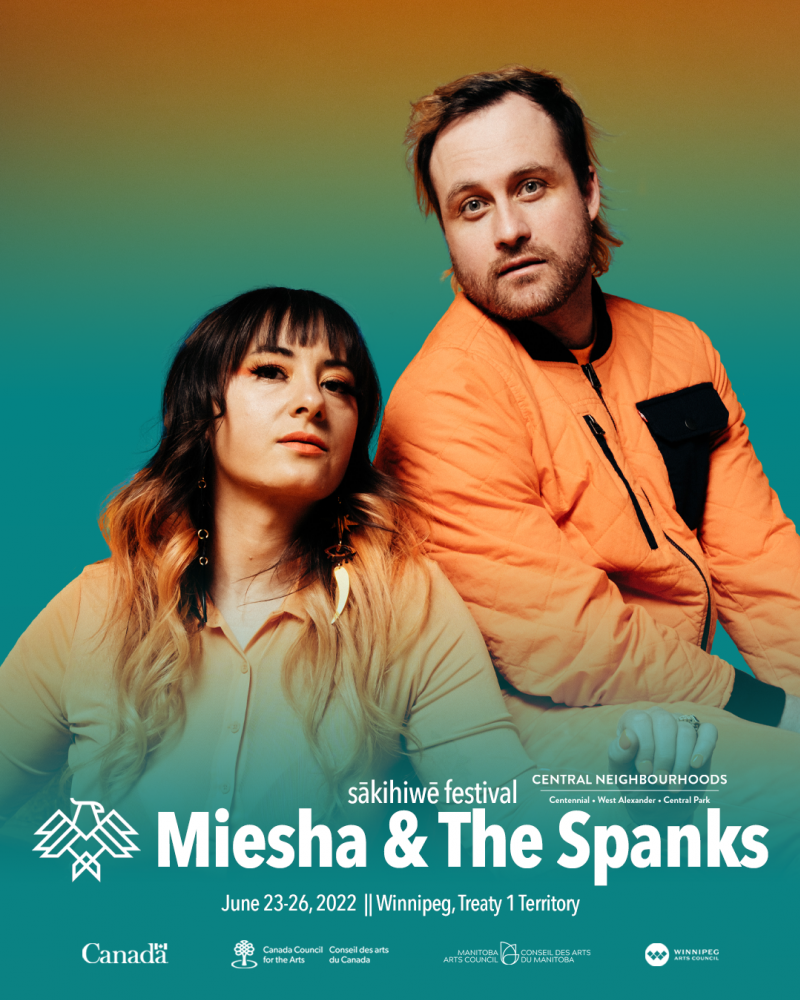 Miesha and The Spanks

Miesha Louie is a mixed-Secwépemc artist living in Treaty 7 Territory, and The Spanks are the many drummers who’ve stood beside her on stage. Sean Hamilton is her latest and longest partner, and together they’ve spent the last 5 years building and embellishing their garage-rock sound into something almost too big for two people to contain.

Deeply influenced by proto-punk classics like The Runaways, MC5, Stooges, and 90s riot grrrl/grunge like L7 and The Gits, Miesha & The Spanks conjure an energy that hits you in the face, throwing you into a world of killer riffs and sweaty gig venues. And it’s in those sweaty spaces that Miesha & The Spanks thrive, fresh off the highway, out of the van, and onto the stage.

MATS have played as direct support to Queens Of The Stone Age, Death From Above 1979, Hot Snakes, Propagandhi, Pack AD, White Lung, Reignwolf, and more.