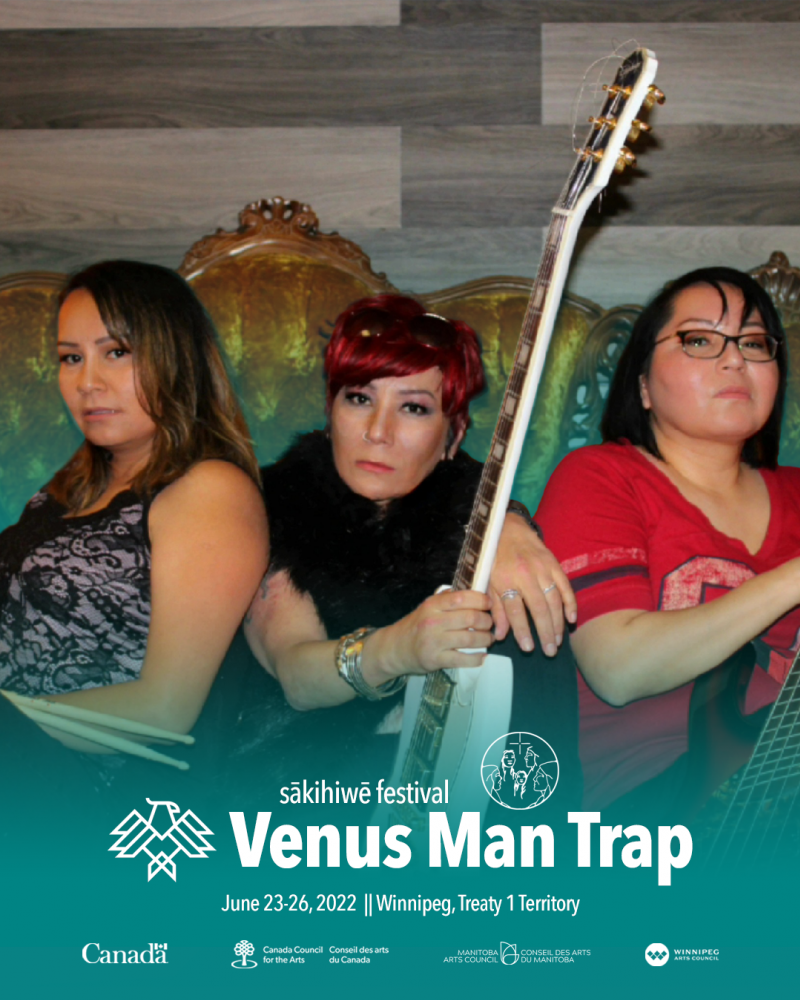 Venus Man Trap is made up of three passionate Aboriginal sisters MaZzi AuRora (Vox/Guitar) Miranda Harper ( Vox/Drums) and Phyllis Harper (Bass Guitar). Seperately and together played in various different music projects throughout the city Winnipeg have finally decided to get their music recorded to have something to call their own. Their music can resonate a mixture of Rawk-Alternative and Pop Rock. Growing up in the northend of Winnipeg influenced by Nirvana, the Cranberries Elastica Veruca salt..etc  these woman plan to release their first single Hanger in the fall or sooner and will continue to play shows together as Venus Man Trap.