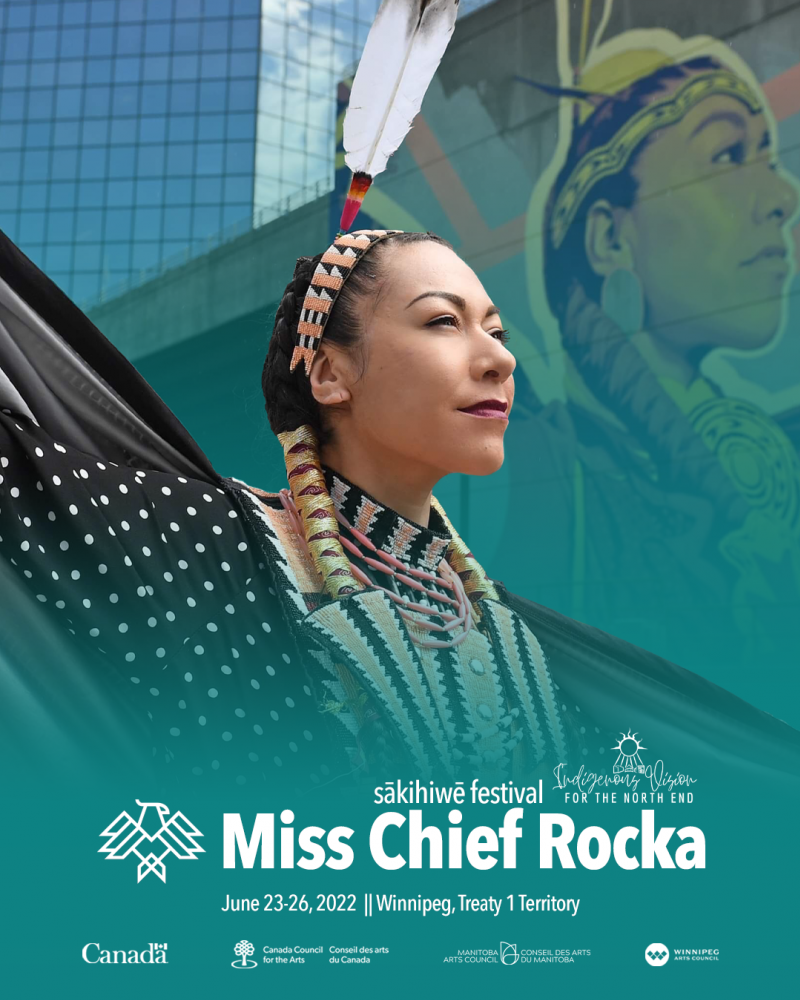 Angela Miracle Gladue aka Miss Chief Rocka, is a nehiyaw (Cree)/Greek Interdisciplinary Artist from the Treaty 6 Territory of amiskwaciy-wâskahikan (Edmonton, Alberta) and is a proud member of Frog Lake First Nation. At age 6 she began cultural dancing through a Metis and Powwow dance program at her school - Prince Charles Elementary and performed regularly throughout Western Canada with the Red River Wheelers and her School's Powwow Performing Group. Her background in Hip-Hop dance - as a B-girl, began In 2003 through the influence, mentorship and collaboration of an Indigenous Hip-Hop performance group known as The Red Power Squad. She is also a member of The Fly Girlz Dance Crew who have trained with some of the originators, innovators, and pioneers of Hip-Hop Culture. Angela has been invited to perform, speak, teach and judge in countless countries throughout the world and has been touring as one of the lead dancers for The Halluci-Nation (Formally A Tribe Called Red) since 2016. Selected accomplishments include: Choreographing and performing at the 2017 Juno Awards, 1st Place at the Canadian Hip-Hop Championships and World Hip-Hop Championship Bronze Medalist with her crew the FlyGirlz, 2016 PoundMaker Lodge Pow-Wow Iron Woman Champion, and is a recipient of the 2015 Chief David Crowchild Memorial Youth Award for demonstrating outstanding community leadership by sharing Hip-hop and Powwow dance throughout the city of Calgary. She has also opened up for major recording artists such as TLC, Sean Paul, Lil'Kim, Maestro, Grandmaster Flash and Busta Rhymes to name a few.