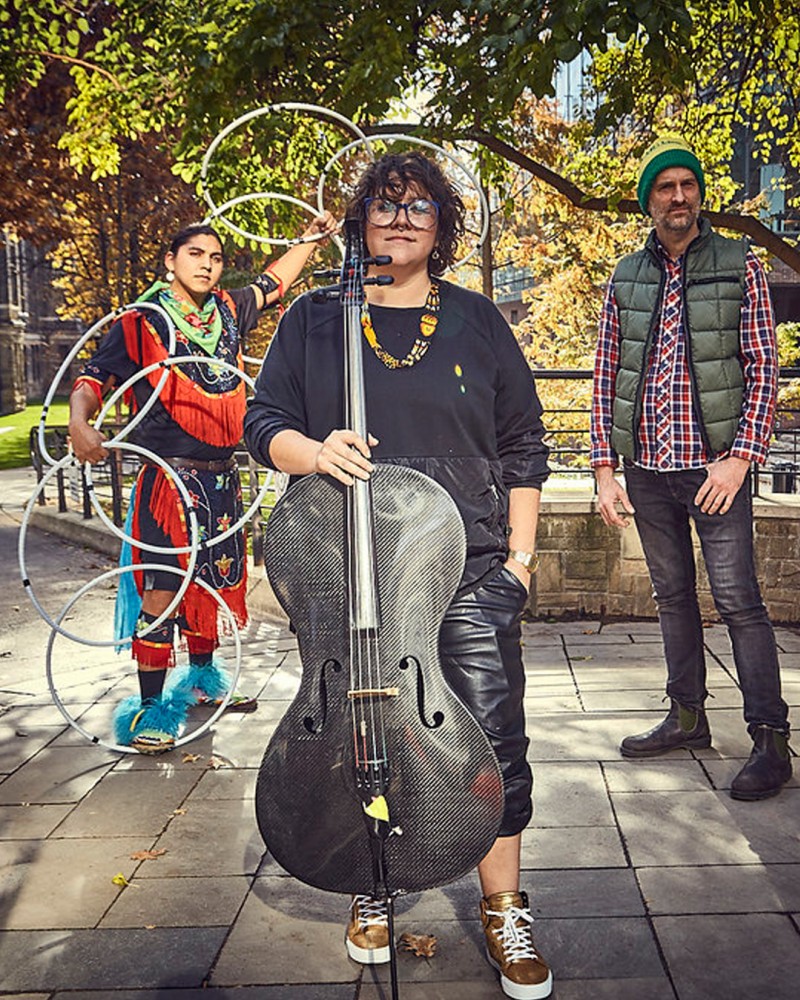 In a world where almost everything — people, music, cultures — get labelled and slotted into simple categories, Cris Derksen represents a challenge. Originally from Northern Alberta she comes from a line of chiefs from NorthTall Cree Reserve on her father’s side and a line of strong Mennonite homesteaders on her mother’s. Juno nominated classically trained cellist and composer braids the traditional and contemporary, weaving her classical background and her Indigenous ancestry together with new school electronics to create genre-defying music.

As composer Cris has a foot in many worlds, 2019 compositions include: Maada’ookii Songlines- a Mass Choral event for 260 singers Commissioned by Luminato, Rebellion - a short symphonic piece commissioned by the Thunder Bay Symphony Orchestra. Iron Peggy- A Vancouver Childrens Theatre Festival Production

Cris obtained a Bachelor of Music in Cello Performance at the University of British Columbia and shared the title of Principal Cellist with the UBC Symphony Orchestra.