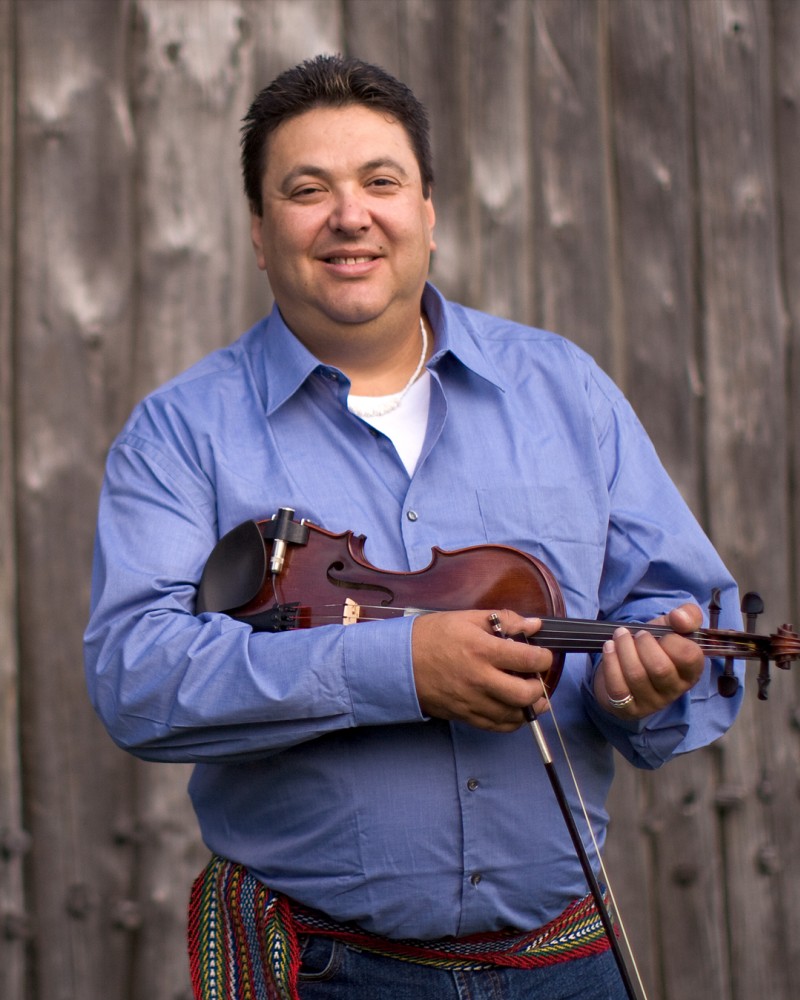 From St. Ambroise, Darren Lavallee has been dubbed the “Marvelous Métis.” He was raised surrounded by music, dance, and the Michif language and is strongly traditional when it comes to his Métis roots. Darren has over 25 years of performance experience and has five CDs to his credit. In 2007, Darren swept the fiddle categories at the Aboriginal Peoples Choice Music Awards and the Canadian Aboriginal Music Awards with his Backroads Fiddlin’ album.