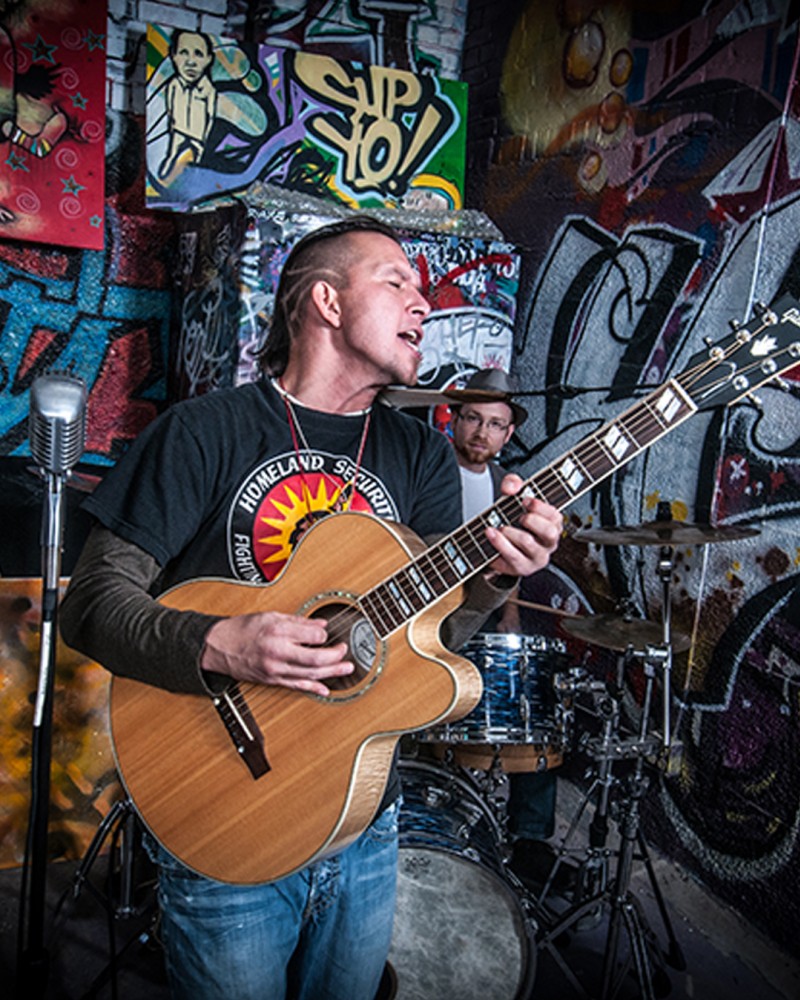 Formed in 2001 by GWIIWZENZ-DEWE'IGUN (Little Boy Drum) aka David Dorian Boulanger, founder and Leader of BURNT-Project 1; a musical group that has established its heart-beat in the music community creating a cultural mosaic of music with its two previous albums The Avenue and HOMETOWN. In 2003 they received BEST ROCK ALBUM and BEST ALBUM DESIGN at The Aboriginal Music Awards and also Album of The Year Award from Native Communications Inc. (NCI 105.5 FM). BURNT-Project 1 pushed through the scene and became recipients of a Western Canadian Music Award and the JUNO Award for 2005 Outstanding Aboriginal Recordings of the Year. 2013 Performing LIVE on THE INDSPIRE AWARDS and also was Nominated for The Juno & Western Canadian Music Award for Outstanding Aboriginal Music Award! -Jennifer Podemski, Producer 'INDSPIRE AWARDS, 'David Boulanger is an unbelievable talent and visionary. His music and lyrics resonate at the deepest level. I've watched his career blossom for many years and after recently working with him on the Indspire Awards I can now say that he is not only a musical genius, he is Spiritual and Professional, a shining example of Possibility and Potential.'

BURNT-Project 1 has released The Black List, the only one of its’ kind, sticking its neck way out there to say “...welcome everybody to this event, things are about to electrify, the ghosts in the back are gettin’ down, so everyone be good this time..!” GWIIWZENZ-DEWE'IGUN