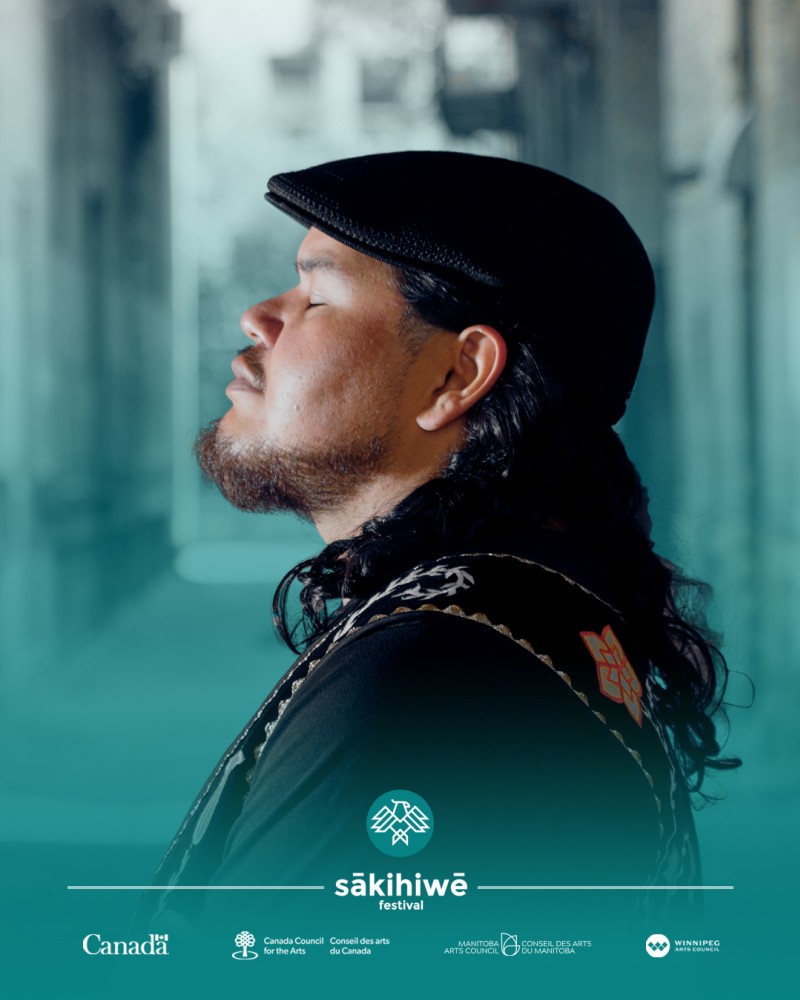 "In First Nations cultures, traditional songs and stories communicate histories, life lessons and philosophy from one generation to the next. Anishinaabe poet, singer/songwriter and MC Leonard Sumner has woven an enticing roots-blues-rap-country fusion around that traditional content. Unblinkingly honest, Sumner’s lyrics are defiant yet vulnerable, and deliver the message: We are still here and our voices must be heard." - Calgary Folk Fest

Anishinaabe MC/Singer/Songwriter Leonard Sumner's storytelling flows directly from the shores of Little Saskatchewan First Nation, located in the heart of the Interlake of Manitoba.

Sumner's self-determined sound is evidence of his ability to simultaneously occupy landscapes of multiple musical genres including; Hip-Hop, Spoken Word, Country, and Rhythm and Blues.

With every vibration of the strings on his guitar, Leonard rattles the dust off truths that have been buried for far too long. On stage he poetically sings awake the consciousness of audiences may have been unaware of their slumber.

In this era of unsettling history and healing wounds of the past, Sumner's music is an expression of medicine that walks the line between fortitude and fragility.