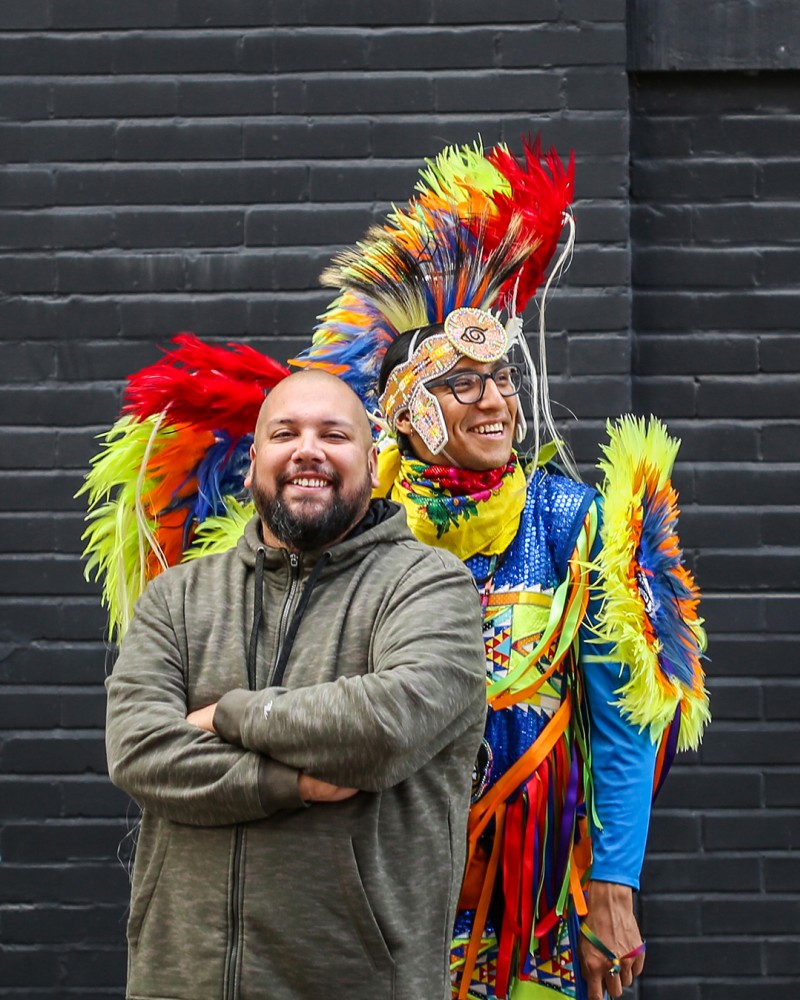 Considered to be the Godfather of PowWowStep, DJ-producer Shub continues to pioneer a growing genre of electronic music. Born Dan General, Shub began his career with nationally-acclaimed electronic music trio A Tribe Called Red, performing across North American stages with some of the biggest recording artists in today’s industry and winning a Juno Award in 2014.

Currently based out of his hometown, Fort Erie, Ontario, a small community with a population of 30,000, Shub’s journey has come full circle by bringing him back to where it all started.

“I’m very proud of the road I took to get where I am now,” said Shub, a nominee in the Indigenous Music category at the 2018 Juno Awards for his EP PowWowStep. In 2017, his music video for ‘Indomitable’ (featuring Northern Cree Singers) was also nominated for a Much Music Video Award.

Shub is Mohawk of the Six Nations reserve located in Ontario, Canada, as well as a husband and father. Since the creation of PowWowStep, he has grown more aware of the Indigenous way of life through his music, merging his heritage with his craft. “This style of music – there is so much culture in it, and that’s what makes it so original,” said Shub.

Starting off as a battle DJ in high school, Shub’s sound has developed into one that puts him in a league all on his own, creating a sound and experience many consider to be one of the most unique in today’s Canadian music scene.

Before solidifying his seat at the top of the PowWowStep world, Shub also turned heads in DJ competitions like the prestigious DMC World DJ Championships, by winning back-to-back Canadian titles and representing Canada at the world finals in 2007 and 2008.

In 2012, Shub came out of battle retirement and competed in the Red Bull Thre3style DJ Competition where he won the Canadian title, and once again represented his home country by placing fifth at the world finals.

In 2013, while with A Tribe Called Red, their album ‘Nation II Nation’ was short listed for the Polaris Prize.

Growing up, like many people, Shub was influenced by the music his family listened to. His Mom was into disco and his Dad was all about classic rock. The biggest impact was made by his older brother, who introduced him to the world of hip-hop and the DJ culture.

Over the years, Shub has followed the careers of battle DJs that inspired him. Many of them are now top producers and artists he has come to know personally.

Shub is currently working on his first full-length album, scheduled to release later this year. “I had the freedom to go in different directions musically with this album, by working directly with traditional artists during studio recording sessions,” said Shub.

Producing is just half of what Shub does.

A major part of his success and why he draws such large audiences is his live show, a non-stop body-moving experience enhanced by special guest traditional Indigenous dancers who perform in full traditional regalia.

Shub has been featured in a number of media outlets including Vice, CBC, Exclaim, Digital Drum, Toronto Star, Ottawa Citizen, Global News, and of course his hometown local paper The Fort Erie Times.

In 2018, Shub will move forward with a relentless effort to push the boundaries of electronic music – with a full schedule of new releases and live performances across the country.