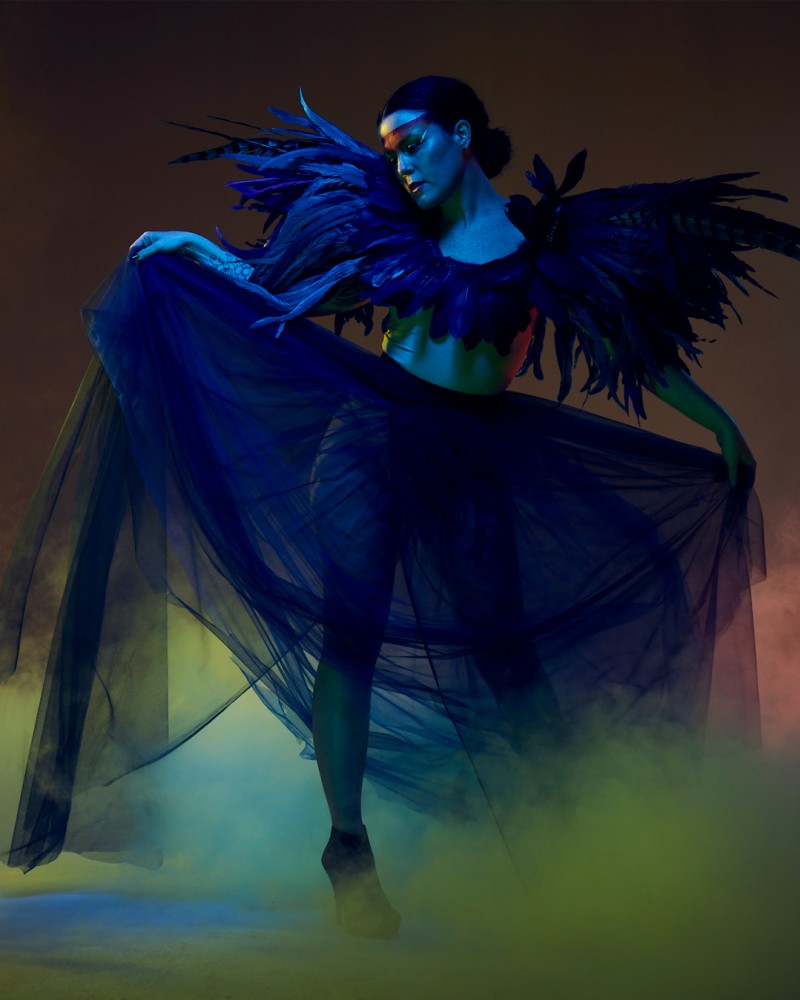 iskwē | ᐃᐢᑫᐧᐤ is, among many other things, an artist – a creator and communicator of music and of movement, of pictures, poetry and prose. And through it all, she’s a teller of stories that have impacted our past and will inform our future. acākosīk | ᐊᒐᑯᓯᐠ is the culmination of her creation and collaboration to this point. It’s a collection of seven sonic explorations that not only blur lines between sources and styles, but also between the actual and the ideal, the real and imagined. But by extension, it’s also the star around which immersive worlds of live performance, video, and visual art revolve.

Building on the foundation of potent, cross-cultural electro-pop established on her self-titled 2013 debut and confidently cemented on her heralded 2017 Juno-nominated and Polaris Music Prize Long-Listed follow-up The Fight Within, acākosīk incorporates more intense and urgent tinges of alternative, post-rock, and even industrial. The cohesive-yet-combustible result tips a cap to modern innovators like Florence + The Machine and FKA twigs while simultaneously borrowing sounds accumulated over centuries by iskwē’s cree and Métis ancestors.

Virtually every song is laced with traditional Indigenous sounds, showcasing the beauty of the artist’s culture and inviting others to experience it first-hand. As such, the album is a masterclass in dynamics, sometimes reaching out like a tender hand in a velvet glove and hitting like a fist wrapped in razor wire at others.

Her message is arguably most impactful when delivered from the stage, where it’s not uncommon for people to leave in entranced contemplation or even in tears. Music merges with dance, multimedia, and more in a completely engulfing and cathartic experience – again, one meant to bring people together and celebrate that which unites over that which divides