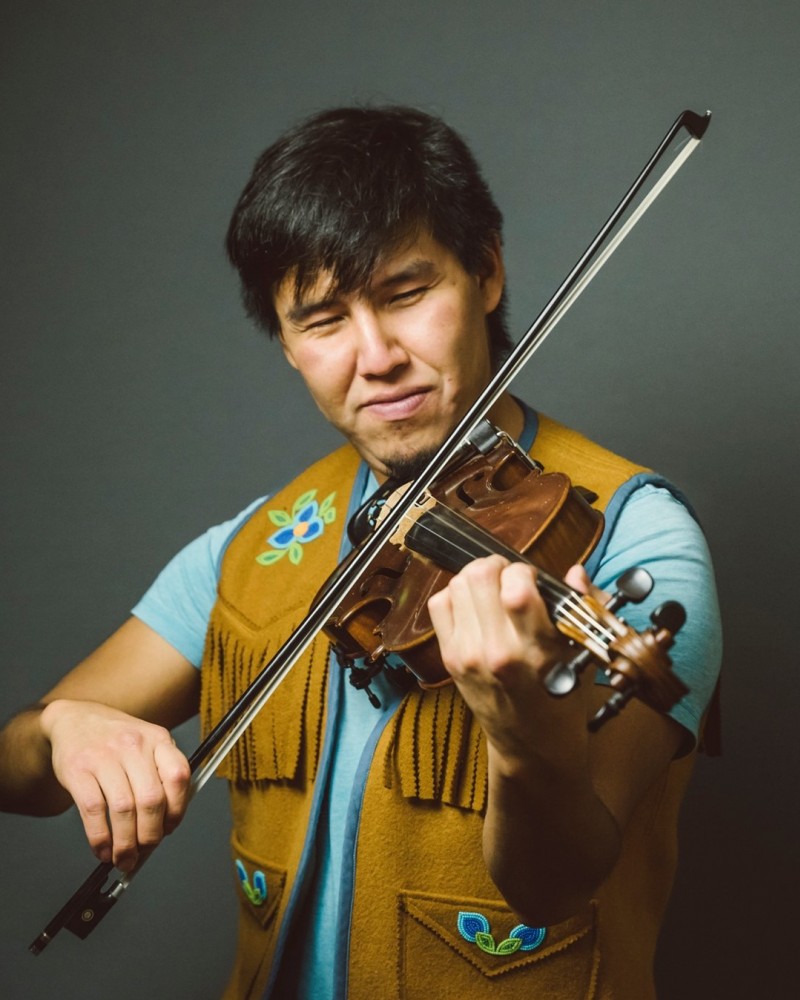 Still in his teens, he has an impressive resume, including the Vancouver 2010 Olympics, the Truth and Reconciliation Commission national event in Inuvik, and a performance for the Royal Couple Will and Kate.

In 2010, Wesley was featured on Aboriginal Peoples TV show Breaking New Beats as one of the cutting edge young Aboriginal talents in Canada.

He took up the fiddle four years ago in his hometown of Fort Simpson, Northwest Territories. Now living on Saltspring Island BC, he attends the prestigious Gulf Islands School for Performing Arts (GISPA). His extraordinary musical talent has taken him all over Canada.

His debut CD 12:12, released in May of 2011 features Wallabee Indeed and Quinn Bachand. The music is diverse, from traditional fiddle tunes, high energy dance music, country ballad, world beat groove and fiddle funk. Wesley wrote or co-wrote five of the ten tracks. The CD is entitled 12:12, which is personal shorthand for life is good, appreciate and enjoy, make the most of life. The CD is climbing the National Aboriginal Music Countdown Top 40, reaching number 18.

While his roots are in Northern, Métis and West Coast fiddle music, Wesley is always exploring and experimenting musically with new instruments and genres. He plays guitar, piano, bass, drums and sings.