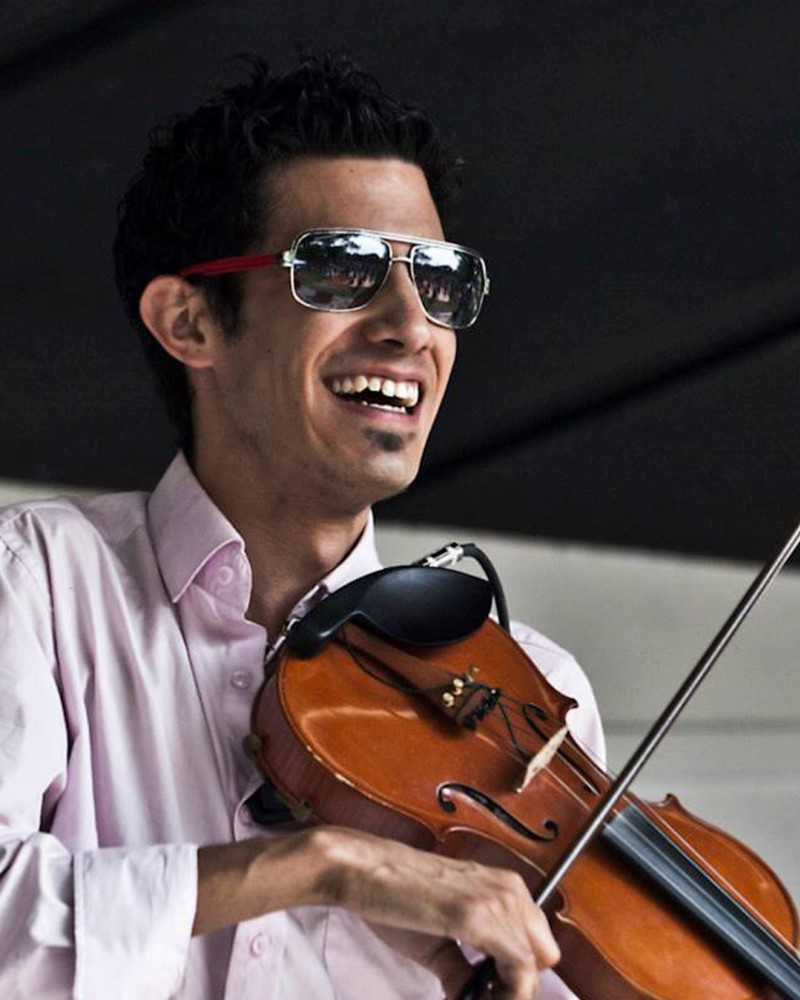 Born and raised in Manitoba, Alex followed his mom around to old time dances, fiddle camps, and music performances. He first picked up the fiddle at the age of 5 and after “fiddling” around for a couple of years, the discovery process continued. By age 7, the passion for music became apparent and Alex started getting "serious" about playing the fiddle.

Alex is the 2008 & 2009 BC Fiddle Champ and placed first in the Championship class at contests in Kamloops, Saskatoon, Abbotsford, and Prince George, just to name a few. He most recently was ranked in the top 10 fiddlers overall at the Canadian Grand Masters National Fiddling Championship held in Ottawa, ON in August 2008 & 2009. Alex has become a mentor and ambassador to other Métis youth across Canada and recently received a special Aboriginal recognition award from his school for his academic and musical talents.