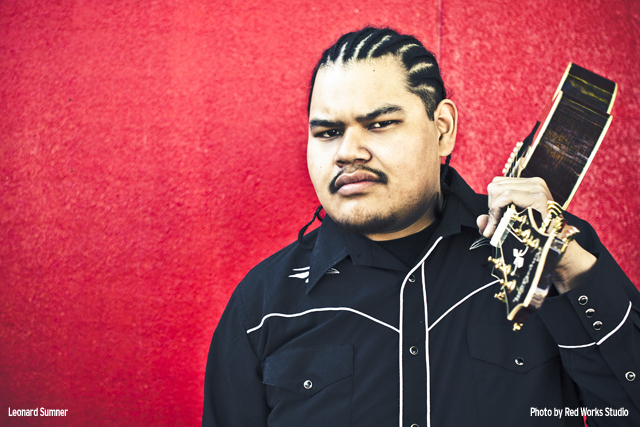 Leonard Sumner, Nick Sherman, and Conway Kootenay are hitting the road with comedian Ryan McMahon for the The Red Man Laughing Podcast Tour this month. The group has plans to visit Ontario in April, but the first leg of the tour starts March 21 and includes five dates in Winnipeg, Brandon, La Ronge, Saskatoon, and Regina.

The show will feature the comedy of McMahon, acoustic performances Sumner and Sherman, along with a spoken word set by Kootenay.

The group will be recording everything for McMahon's Red Man Laughing podcast. They also plan to produce a short documentary of the tour with all the footage they collect.

The Red Man Laughing Podcast features rants & comedic monologues from McMahon himself and also features new music from Indigenous musicians around the world as well as featured interviews with some of the worlds leading Indigenous thinkers.