Each video will premiere on the sākihiwē festival's YouTube channel and Facebook page at 12:00 pm CDT with the first performance set for May 5.

This series was programmed by MJ Dandeneau and filmed by BNB Studios in Winnipeg at the Burton Cummings Theatre and the No Fun Club recording studio.

About Andrina Turenne
Andrina Turenne is a Métis/Franco-Manitoban artist from St-Boniface, Manitoba. Her love of music ignited around the campfires she learned to sing around as a child, harmonising alongside family and friends. A singer, songwriter and musician, she has worked in the music industry for over 20 years.

About Kadanse
Kadanse brings together dancers, choreographers and creators who value and embrace French-Canadian and Métis music and jig, while endeavouring to present traditional repertoire from an innovative, creative and contemporary perspective. The members of Kadanse are committed to their roles as ambassadors of culture and  love to provide audiences with the opportunity to discover and rediscover this vibrant tradition of our heritage by offering lively shows filled with "joie de vivre"!

About Clint & Riley Dutiaume
When it comes to playing the fiddle, Clint Dutiaume is a master of his craft. Nine-time winner of the Manitoba Instrumentalist of the Year Award, Clint is also proficient on the guitar, bass, mandolin and drums. His number 1 son, Riley, is now engaged full-time in the music business. Riley is also busy writing and making song demos for his debut CD. They currently tour as a duo and with their full band show. 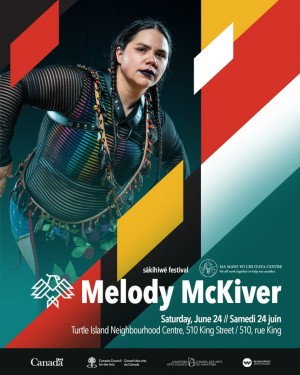