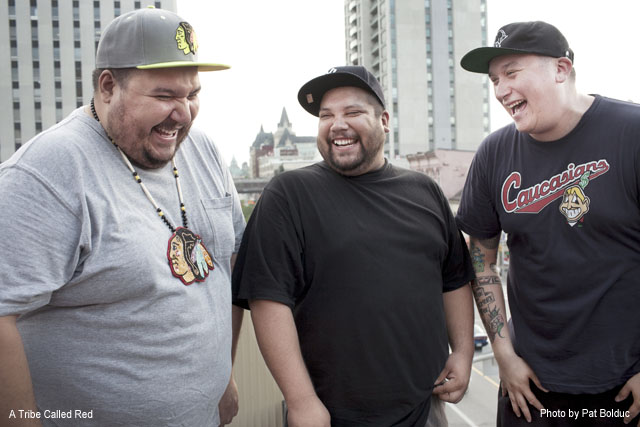 A Tribe Called Red's self titled debut earned a spot on the Polaris Music Prize Long List this year. The list was announced at The Waldorf Hotel in Vancouver on June 14.

"The year's list deliciously illustrates the burgeoning sense of community in our jury," says Polaris Founder and Executive Director Steve Jordan. "Almost half of the selections on this list were the direct result of passionate recommendations made by individual members to their peers. We hope the ultimate result of this dialogue will likewise inform the taste of adventurous music lovers from Canada and the world."

The Polaris Music Prize is a not-for-profit organization that annually honours, celebrates, and rewards creativity and diversity in Canadian recorded music by recognizing and marketing the albums of the highest artistic integrity, without regard to musical genre, professional affiliation, or sales history, as judged by a panel of selected music critics.

Check out www.polarismusicprize.ca for more information.