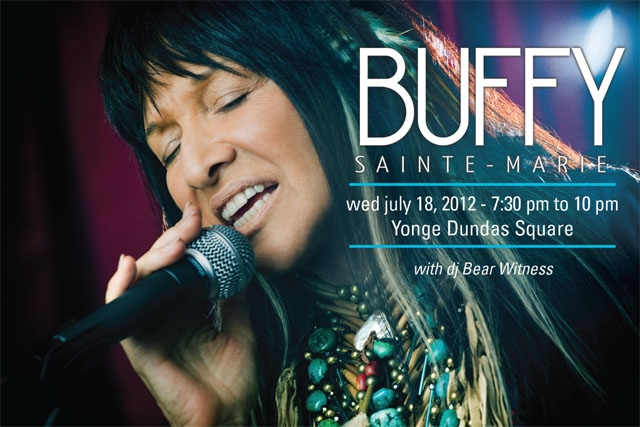 The Thunderbird Centre and bullDUKE Productions are partnering on a free Buffy Sainte-Marie concert in downtown Toronto on July 18, 2012. The Oscar Award winning songwriter will hit the stage at Younge-Dundas Square with her full band at 8pm.

Bear Witness, of A Tribe Called Red, will get the night started with a DJ set at 7:30pm.

The concert runs concurrently to the Assembly of First Nations' Annual General Assembly, which will bring close to 5,000 First Nations leaders to Toronto.