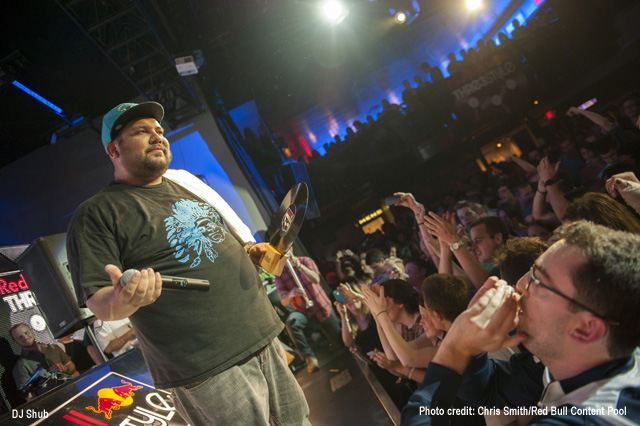 The Red Bul Thre3style World Finals will put 18 of the world's best DJs in direct competition for the international title. Shub has the chance to be the world's first Aboriginal champion.