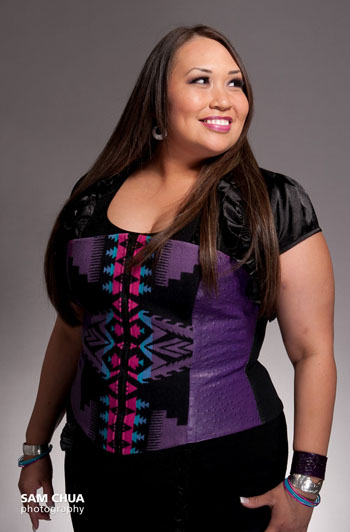 We're proud to announce that SAMAYA Entertainment will be our Promotions Partner for a Thursday night concert during Aboriginal Music Week 2012. SAMAYA will receive production and marketing support from the festival along with the freedom to program the artists and entertainment of their choice.

SAMAYA Entertainment is a Vancouver based music company, owned and operated by Suzette Amaya and her husband Stanley. Suzette is the host and producer of the Aboriginal Peoples Choice Music Award winning ThinkNDN radio program and a part of the management team for Joey Stylez.

As a respected judge of talent, Suzette has volunteered her time to adjudicate several categories for the Canadian Aboriginal Music Awards and the Western Canadian Music Awards. In 2010, she also joined the CBC Radio 3 Ab-Originals podcast team as the host of the broadcaster's hip hop series.

Become a fan of Suzette Amaya on Facebook for more information.

Check our Call for Proposals for more information about the partnership.