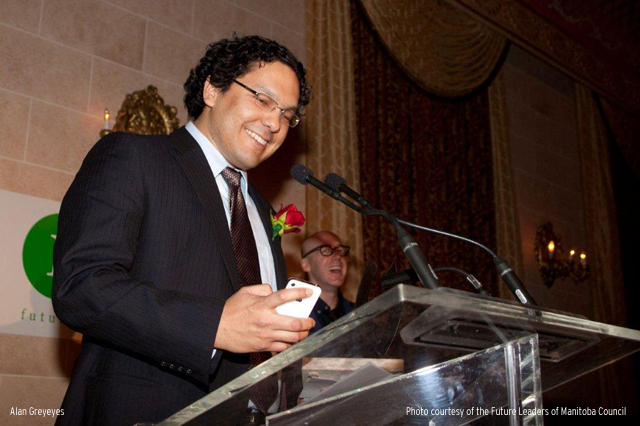 Aboriginal Music Manitoba's (AMM) chairperson Alan Greyeyes was honoured with the Future Leaders of Manitoba award in the Arts category at a gala event in Winnipeg on Thursday, January 24. The award recognizes and honours a young Manitoban who is quickly making a name for himself/herself in their field, while, at the same time, also making a concerted effort to give back to the community.

Greyeyes is a member of the Peguis First Nation and works for Manitoba Music. He volunteers as the AMM chairperson and the executive producer of the Aboriginal Music Week festival. Greyeyes is the founding vice-chairperson of the Manito Ahbee Festival and the Aboriginal Peoples Choice Music Awards. He has also volunteered as a coach for his son's hockey and soccer teams.