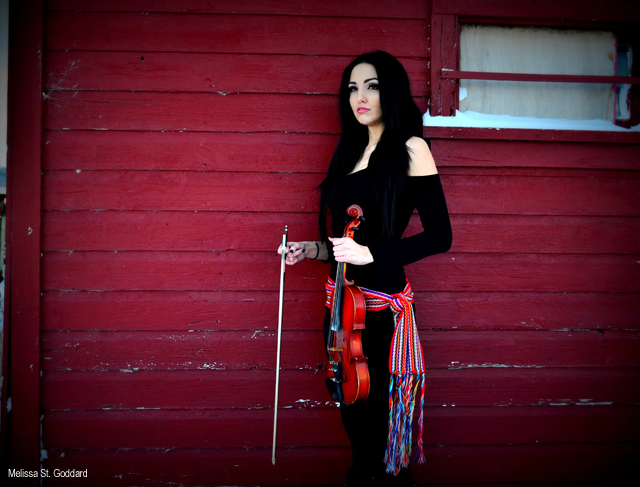 Aboriginal Music Week will be one of five festivals and presenters hosting free mini-concerts on Winnipeg's Assiniboine River during the Louis Riel Day weekend this month. The performances are set for Sunday, February 17 from 1 - 4 p.m. and will take place in warming huts along the ice trail.

The Forks will also be bringing the dance party to the ice at the Big City warming hut, featuring the turntable talents of DJ Hunnicutt and DJ Co-op.

More details on on warming hut locations will be released February 13. For more information, visit theforks.com and manitobamusic.com.

About Melissa St. Goddard
From Portage La Prairie Manitoba, St. Goddard has been surrounded by music her entire life. Her uncles, Darren Lavallee, Mark Morrisseau, and cousin JJ Lavallee, are accomplished fiddle players and were a major influence on St. Goddard. She received her first fiddle at age 13 from her uncle Armand Jobin and with the help of her sister Demi, she began to teach herself to play. For the next two years she took fiddle lessons from Morrisseau and began to help teach a young group of fiddlers. Now at the age of 22, St. Goddard has become a fiddle instructor herself, teaching children in the Prairie Fiddler's group in Portage La Prairie and Portage's Conservatory of Music. She has had to opportunity to play at several events around Canada including the "Take the Fort" tour across Western Canada, Batoche, Asham Stomper Fest, Metisfest, and several other festivals in Southern Manitoba.